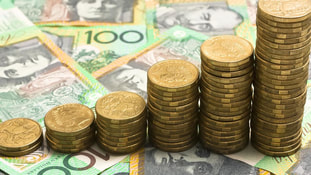 Technology is rapidly changing the way we buy and spend our hard earned money. With an increase in electronic payment systems including Paywave, Apple Pay and online shopping young people are not seeing actual coins and notes as often. As children are not being exposed to real money as often, it is becoming more difficult for children to understand money and how to manage it effectively.
Additionally, recent research shows many parents don't like talking to their children about money, often because the parents are feeling stressed or worried about their own financial situation.

Pocket money, given as notes or coins, can help young people understand the importance of cash. It makes it easier for children to link what they have to do to earn the money and develop a sense of value when they spend their hard earned money. A recent report found that nearly 30 per cent of children receive no pocket money at all. Without pocket money young people are not given an opportunity to learn the value of money. Giving children pocket money, even if it is only $2 to $5 dollars, makes it easier for parents to teach their children about money.

Internet streaming subscriptions such as Netflix and Spotify have no physical payment system so it’s easy to forget they are being paid for.

The Reserve Bank of Australia has released statistics that show the number of ATM withdrawals of cash has dropped from 53 million withdrawals in June 2016 to 48.9 million in June 2018. 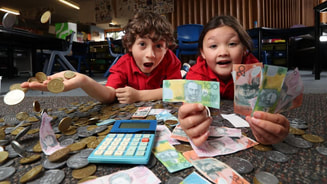 Technology is advancing at an incredibly rapid rate and continues to change the way society interacts and behave. This includes how people earn, manage and spend money. There are now new ways of paying for things in the digital world.

What are cryptocurrencies?
Cryptocurrencies do not exist as physical coins or banknotes. Rather, they are digital tokens. They were set up to allow people to make person-to-person transactions without the need for banks, or the need for government controlled money. This is a type of digital money that allows people to make payments directly to each other through an independent online system. These currencies, known as cryptocurrencies, have no value set by government. Their value can fluctuate, or change rapidly, depending on what people are willing to pay for them in the market.

​Advantages and Disadvantages of Cryptocurrencies
The value of many cryptocurrencies have been like a rollercoaster at a theme park. Over time the value of any particular brand of cryptocurrency can spike up or crash down. For example, the price of Bitcoin increased from around $1,300 to $26,000 at the end of 2017, then falling sharply to about $9,300 in early 2018. Some people like that Bitcoin is not regulated by the government and is difficult to track, while others express concern that this might make Bitcoin attractive to criminals, who may use cryptocurrency for illegal activities. Another disadvantage of cryptocurrency is that it is not accepted at many physical stores and shops, unlike cash and cards.

Australian Cryptocurrency?
Philip Lowe is the governor of the Reserve Bank of Australia. In 2017 he stated that "there are no immediate plans to issue an electronic form of Australian dollar banknotes, but that the Reserve Bank is continuing to look at the pros and cons". Many people believe that cryptocurrencies will not replace traditional payment methods or government issued currencies.

Block Chain
The underlying technology of many cryptocurrencies an idea referred to as blockchain. Blockchain is a relatively new way of recording transactions and has been compared to a public ledger or payment list.

Bitcoin was launched in 2009 and was designed to digitally allow person to person transactions, without the need to know or trust the other person in the transaction, and to happen without the need for a third party such as a bank.  The Bitcoin system makes use of blockchain technology to record transactions and the ownership of bitcoins. In more simple terms, this is a way to group transactions (blocks) together over time (in a chain). Each time a new transaction occurs, it becomes part of a new block that is added to the chain. The blockchain then provides a record (or database) of every Bitcoin transaction that has ever happened. This is a public list, available for anyone to see and update on a public network. Each Bitcoin transaction is confirmed as real by other users of the network. A new block of transactions is created approximately every ten minutes.

Transaction Example
Imagine Katie wants to send one Bitcoin to Sam. Katie states the process by sending an electronic message to the network with the details of who she wants to pay. Since the system is not immediate, the transaction is placed in a group with other recent transactions waiting to be combined as a block. A block is just a group of the most recent transactions. The data from the block is converted into a cryptographic code and other users solve the code to add the new block of transactions to the blockchain. Once other users have solved the code, they compare their answers on the network to check that it is correct. The new block of transactions is confirmed and added to the end of the blockchain. It can take up to 60 minutes for users to be certain that their transaction has been successful!

How many Bitcoin are there?
Is there an endless supply of Bitcoins? Unfortunately no! There are approximately 21 million Bitcoins in total. The number of new Bitcoins created each year is automatically halved over time, making them rare. This halving process stops until the number hits 21 million, which is estimated to happen in 2024.
As of 2019, approximately 75% of every Bitcoin that will ever exist has already been created. There are some bitcoin that have been lost forever due to crashed hard drives or misplaced files.

Bitcoin and Sustainability
Performing complex equations to confirm bitcoins uses an incredible number of computers and processing power. This means a lot of energy is required to manage bitcoins. In Iceland, more energy is being used on Bitcoin than for household use! Bitcoin uses so much energy that some experts are warning it could be a future environmental disaster! 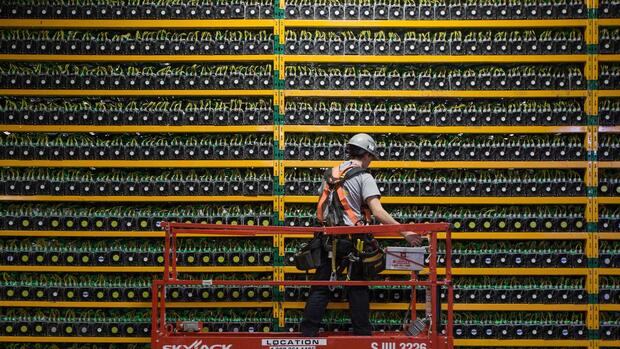 A technician inspecting a Bitfarm in Quebec.