<
>
The development of farming
Over many years , people's way of life began to change. Family groups started to settle and develop new ways of getting food. Around 8000 BC, people learned how to grow crops and raise animals on farms. Families produced enough food for themselves with a little left over for trade.

Special skills
Some people stopped farming and began to develop special skills. By
6000 BC, potters made clay jars for storing and cooking food. Other people became skilled at making farm tools, building boats, or grinding grain into flour. By specialising in one skill, people made or grew more goods than they could use. They also began to live closer together in towns and villages.
​
Trading in the market place
On arranged days, people brought their surplus (extra) goods to the marketplace in the village. Here, a goat might be exchanged for tools. Several loaves of bread could be traded for a bead necklace. Even work could be exchanged for goods. A miller might grind grain in exchange for a woven basket. All buying and selling was done through barter. ​

How did Money Begin?

Around 6000 bc, animals and food became the first objects used as money. People in a particular area decided the worth of an animal such as a cow or goat. The animal could then be used to buy goods. Other types of early money included barley (ancient Sumer, now the Middle East), almonds (India), and salt (China and the Mediterranean region).

Problems with trading food and animals

Ancient people realized metal could be a long-lasting form of money. By 1850 BC, people used lumps of gold, silver, and bronze to buy goods. These lumps of metal were called ingots. The Sumerians in ancient Mesopotamia (modern Iraq) were the first people to use ingots. As they travelled , they spread the idea of using metal as money. Ingots were shaped as bars, rings, rods, and loops.
What is an ingot worth?
Since ingots varied in size and shape, their value depended on their weight. The heavier the ingot , the more it was worth . Merchants receiving ingots weighed them carefully before accepting them as payment.
Ingots were the first form of metal money.
Problems with ingots
Ingots were the first form of metal money. Merchants could not tell by appearance alone if the gold or silver in an ingot had been mixed with less valuable metals. This made it difficult to know the true value of the money. The invention of stamped metal coins solved this problem. ​​

Around 640 BC, the government of Lydia (modern Turkey) began to make coins to use as money. Each coin was stamped with a seal that stated its weight and the purity of the metal. The coins were also stamped with the heads of a lion and a bull facing each other. The lion's head was the mark of the king of Lydia. The seal guaranteed that the coin was worth the amount stamped on it.

When did paper money appear in other countries?

Banknotes in Asia
The Japanese began using paper money during the 1600s. At first, most Japanese banknotes were issued privately by Shinto priests. At that time, Shinto temples acted like banks. Since people trusted the priests, they also trusted the paper money to work as well as coins. Later, paper money was issued by feudal clans. A central Japanese government began printing paper money in the late 1800s.
Banknotes in the Americas
Paper money helped spark the American war of Independence. In the 1700s, many local banks printed paper money in the 13 British colonies in America. The government in Great Britain did not approve of these banknotes. The government punished colonial businesses for using them. Many colonists grew angry at this decision and supported independence from Great Britain.

Indigenous Trading Systems
Gifting and Bartering
From way back in history to today, there have been many types of trade systems that indigenous people use.
​ 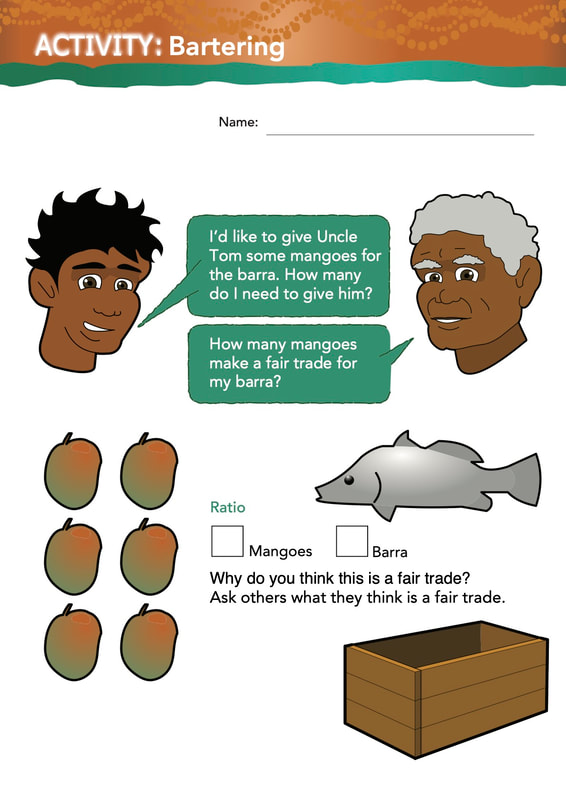